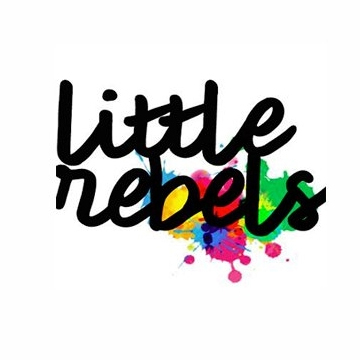 The shortlisted titles for the Little Rebels Award for Radical Children’s fiction (eight books) are now available for sale as a set from the Schools Library Service.

The shortlist consists of four novels for older readers and four for the younger years including nursery.

The winning book will be announced on 2nd June at the London Radical Book Fair https://londonradicalbookfair.wordpress.com  where there will be a panel discussion with some of the shortlisted authors in the afternoon at this free, public event.

To place an order to buy the shortlist for your school library to keep, please use the bespoke library service option on SLAonline and state the number of Little Rebel Award sets you require. Non-Tower Hamlets schools should contact us using this form. Each set of 8 books (with plastic jackets) is £54.00

Laila Levenson has always been the baby of the family, but now with her older siblings, Mira and Krish, leaving home just as she starts secondary school, everything feels like it’s changing… can the reappearance of Nana Josie’s Protest Book and the spirit it releases in Laila, her friends and her local community, help her find her own voice and discover what she truly believes in?

A powerful coming-of-age novel in which young people are inspired towards political activism by the prejudices and injustices they see in the world around them.

Mr Bunny’s Chocolate Factory is where your Easter Eggs are made. But when  the hard-working chickens at the factory have had enough of making Mr Bunny rich, they decide to go on strike – and it’s time for Mr Bunny to find out what it’s really like on the factory floor.

A  very funny picture book which celebrates the power of collection action in standing up to greed.

Twelve-year-old Omar and his brothers and sisters were born and raised in the beautiful and bustling city of Bosra, Syria. Omar doesn’t care about politics – all he wants is to grow up to become a successful businessman who will take the world by storm. But when his clever older brother, Musa, gets mixed up with some young political activists, everything changes . .

A moving and timely novel which reveals the human cost of war.

Joe has always loved the moorlands above his home: the wildness, the freedom, the peace. But since his father died, everything has changed, and the moors are no longer a place of refuge.
Now the whole community is divided over the fate of the hen harriers that nest up there in the heather – and Joe is stuck right in the middle, with a choice to make, and a huge secret to keep.
Joe can’t do what’s right for everyone. But can he find the strength to fight for what he really believes in?

A nuanced exploration of class, community and environmental conflict.

Omar is a kid with a huge imagination. He knows a thing or two about getting through life as a nine year old Muslim in Britain. When Omar’s life is turned upside down as he moves to a new school and becomes the school bully’s new victim, his imagination goes into overactive mode. He attempts to apply the Islamic teachings his family have equipped him with, to his now very challenging life, with entertaining results!

Fourteen year old Calum Brooks has big dreams. One day, he’ll escape this boring life and write movies, proper ones, with massive budgets and A-list stars. For now though, he’s stuck coping alone while his dad works away, writing scripts in his head and trying to stay ‘in’ with his gang of mates at school, who don’t like new kids, especially foreign ones. But when his father invites his new Polish girlfriend and her son, Sergei, to move in, Calum’s life is turned upside down. He’s actually sharing a room with ‘the enemy’! How’s he going to explain that to his mates?

A gripping novel which deftly navigates timely issues of class and prejudice.

Clive is a Nurse by Jessica Spanyol (Child’s Play)

What will Clive be today? Follow Clive and his friends as they explore the many things a nurse does in a day.

A board book which busts gender stereotypes with warmth and humour.

As a child in Pakistan, Malala made a wish for a magic pencil. She would use it to make everyone happy, to erase the smell of garbage from her city, to sleep an extra hour in the morning. But as she grew older, Malala saw that there were more important things to wish for. She saw a world that needed fixing. And even if she never found a magic pencil, Malala realized that she could still work hard every day to make her wishes come true.

A powerful picture book from the celebrated human rights activist which traces her politlcal path from childhood to the present day, beautifully illustrated by Kerascoët.