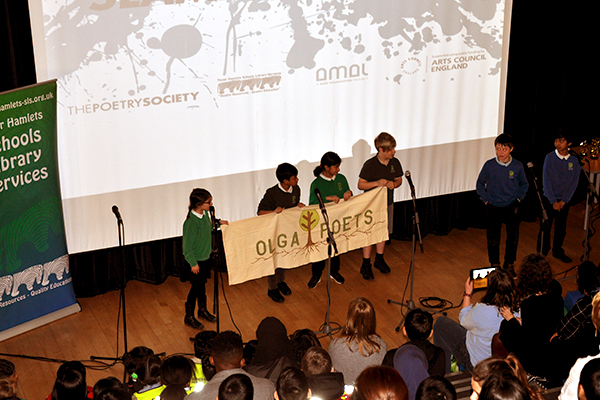 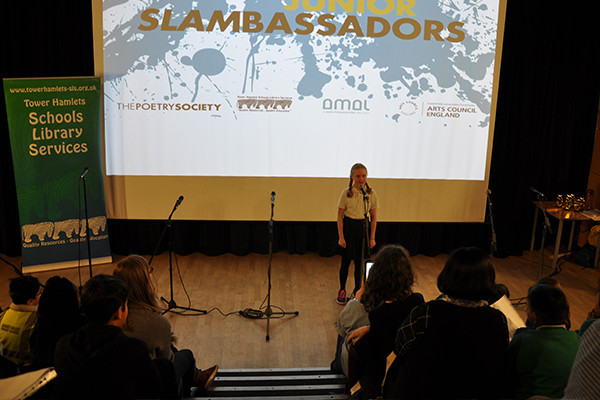 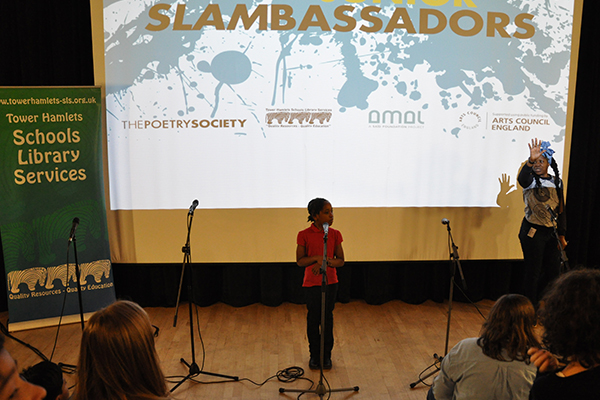 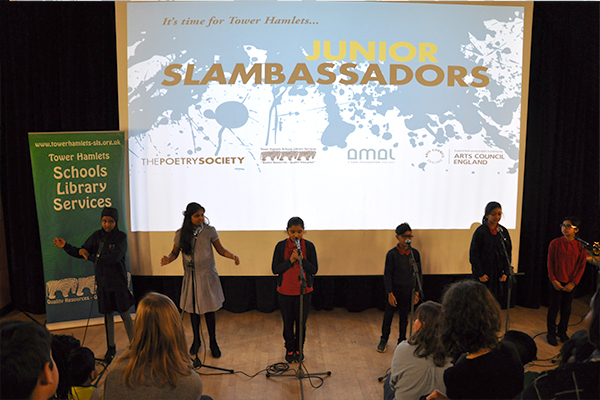 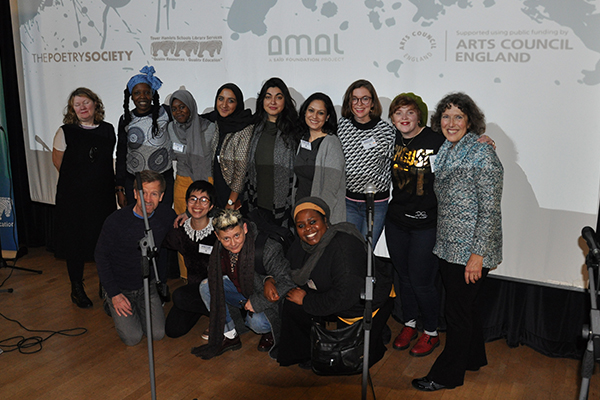 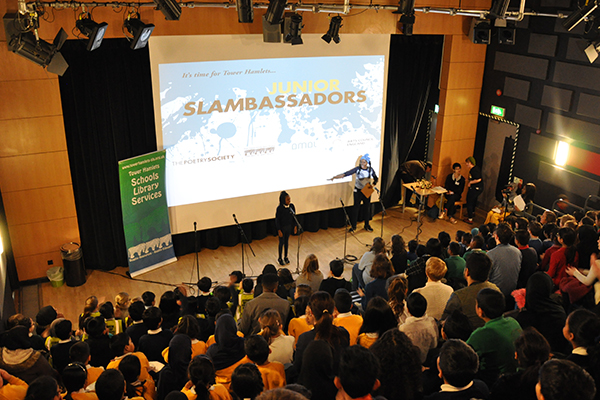 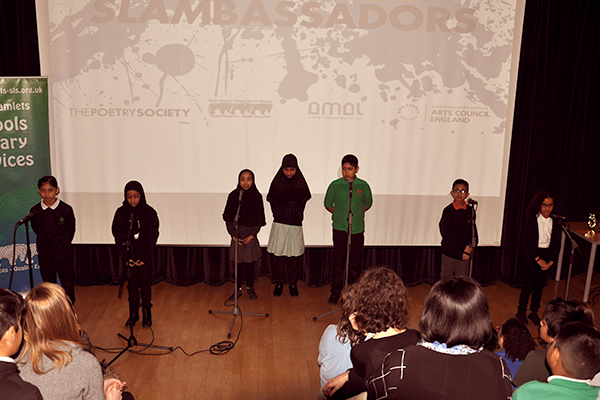 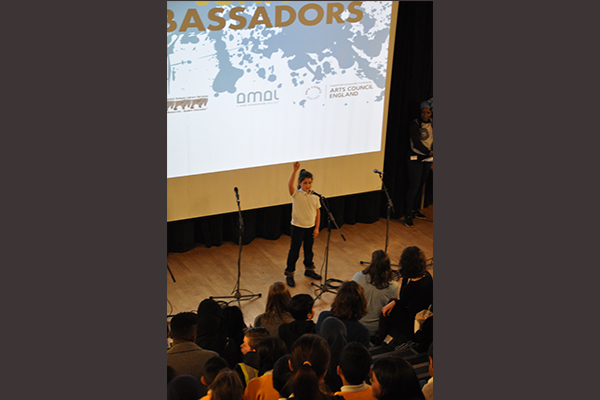 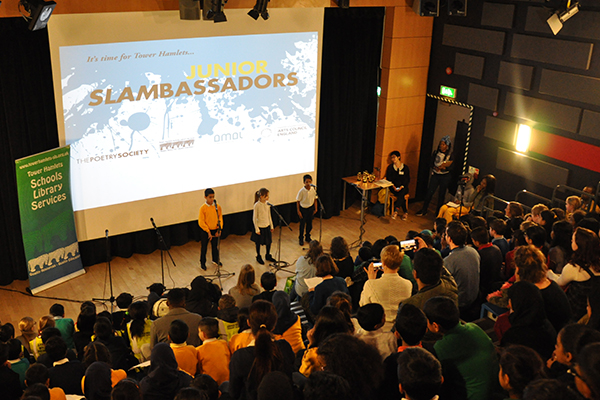 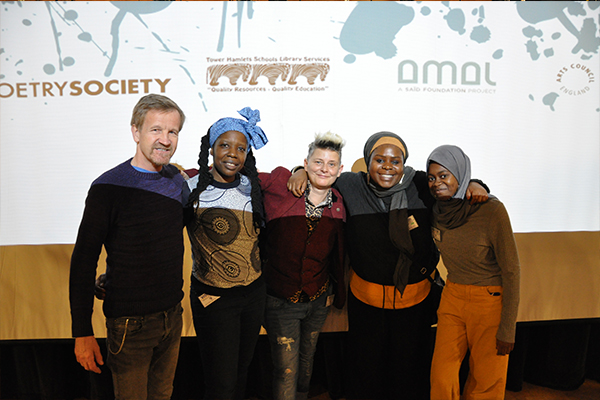 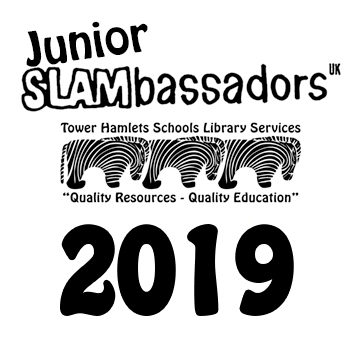 Each school gave a group performance and a solo performance, with trophies being awarded for the best poem (group and solo), best line, best performance, the best imagery, and to the class who made the most noise (supporting the poets on stage, of course)!

Best Poem : Lansbury Lawrence Primary School (both solo and group) : A change is going to come For each and every one

Best line: Olga Primary School : “we stand against racism, sexism and school uniforms!” “My head is a map in another dimension”

Best Group Performance : Arnhem Wharf Primary School : “This team worked so well together, with the chorus and individual lines.”

Best imagery : Woolmore Primary School : Solo poem set in outer-space ending with “my feelings are out of this world”

Junior SLAMbassadors is one of the very few Slams that focus on primary school children to write and perform their own poetry.  The project develops emotional literacy, speaking and listening as well as writing skills and performing skills.

“For children, the process of being guided through the process of composing a poem; from word choices and vocabulary to performance, has left them with skills and confidence that they can take on into other aspects of their lives and learning.”

Using the theme of Identity, pupils are encouraged to think about the world around them; from the local to the global, about who they are and their relationship with others.  At the showcase, pupils – both individually and in groups – get a chance to perform their poetry, with prizes for a variety of categories – best line, best visual image, best performance etc.

Schools can sign up for next year’s SLAMbassadors Poetry Slams through SLAonline.  The secondary schools’ event is in July each year, and the next junior event will be in February 2020.